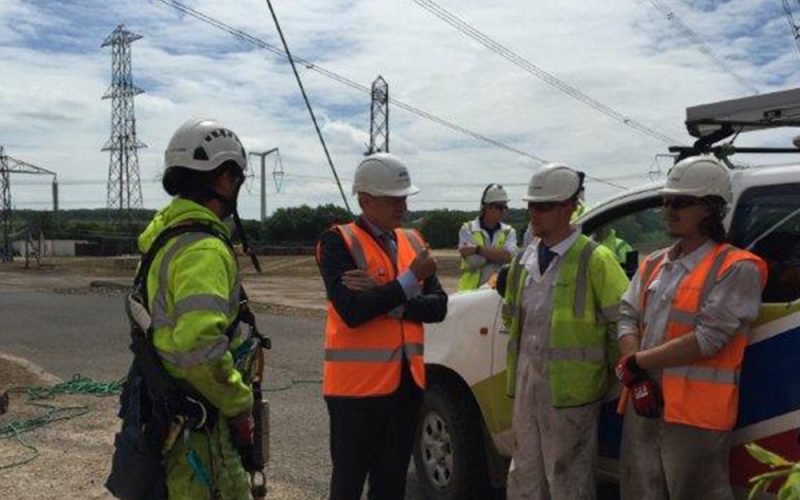 Earlier this month, Sir John Armitt attended an Energy & Utilities Skills Partnership CEO Council meeting. He gave Council members an overview of the NIC and the issues they are currently working on, including a highly anticipated assessment of infrastructure need in the UK and forecast up until 2050.

There was some great discussion around the table, touching upon issues such as water, waste, digital and importantly a UK-wide skills strategy – something that Energy & Utility Skills and its members have long called for.

The CEO Council explained to Sir John that there is no one UK labour market strategy to ensure the delivery of the National Infrastructure Plan, and that as skills policy becomes ever more devolved, successful delivery and cost control requires a central guiding mind.  Council recommended the NIC to look in detail at labour market risks to the National Infrastructure Plan. Both points were acknowledged and the CEO of Energy & Utility Skills has been asked to meet with the NIC in the early autumn to discuss potential action in more detail.

A little later in the month, Sir Gerry Berragan attended the new Apprenticeship and Technical Education Advisory Group (ATEAG), which has been built to ensure the best quality of apprenticeships and T Level development for the sector and optimise Levy returns for members across the UK. The event was held at the National Grid training centre in Eakring, with live demonstrations of training from apprentices. Sir Gerry commented on the good work of the utility sector in adapting to and adopting the Trailblazer system, and praised the focus on robust training and high quality assessment.

Sir Gerry then spoke with employers to understand their view of the English apprenticeship and technical education reforms and what needs to change in their view. ATEAG’s Chair, Tony Moloney (Cadent Gas), facilitated the exchange, which opened with an insight from Sir Gerry on the IfA’s priorities, next steps for apprenticeship reforms, an update on levy utilisation, an introduction to technical education and its objectives, how employers can get involved and the optimal ways of working together. The employers then fed back on areas that have worked well and those where further optimisation could take place to successfully embed existing and future policy.

The matters raised by employers included issues with contracting, particularly with the training provider contracts, the funding band review process, the nature of the system and managing regular rules and regulatory changes. A note from the Chair of ATEAG on the discussion will be shared with members.

To illustrate sector employers being in the vanguard of adopting the levy, the meeting ended with a presentation from ATEAG’s Deputy Chair Matthew Pitt (Head of People Development, UK & Eire, Veolia) on its overall approach to adapting to the levy and wider apprenticeship reforms.